Yuletide Office Solutions, Memphis TN are one of the earliest adopters of Prima solution in the US.

In the March issue of Independent Dealer magazine, Chris Miller and Robert Phillips of Yuletide Office Solutions share their story of replacing the legacy system they have been using for 30 plus years with Prima Software.

Read their candid recount of partnering with a new technology provider and the advantages of migrating to a modern, cloud-based platform.

Yuletide Office Solutions, Memphis, Tennessee, has been searching for a new technology provider for more than five years. “We looked at the different systems and whether they would work for our needs”, says Chris Miller, President. “We were looking for all-in-one system that could do everything”.

That didn’t quite come to pass, but the system that Yuletide ended up with turned out to be a vast improvement over what had been used for many decades. At the EPIC show in 2018, Yuletide ran into a British company, Prima, which was just starting out in the U.S. market. “We began talking with them, did some demos and began the migration process, which took some time”, says Robert Phillips, Director of Marketing.” We ended up going live with them in August last year.

We were looking for a backend that would work better and more tightly with our Logicblock storefront”, continues Phillips. “Prima was opened to integration projects that the previous backend provider wouldn’t allow. Discussion became more serious and Yuletide gained confidence in Prima’s ability to offer an improved technology solution. “Everything aligned to make it a good decision for us,” says Phillips.

Yuletide realized that the transition was not going to be easy. “When you’re coming off a system that you’ve been using for 30-plus tears, you anticipate a challenge’” says Phillips. “A training team was available throughout the day, either by phone or through an online portal, to help with the transition. There are also numerous tutorials built into the Prima system that can be accessed with the touch of button.

One of the best features is Prima’s ability to simplify order tracking, says Phillips. Employees can quickly track all documents associated with an order through the links area. “You can quickly look up sales orders, PO’s, invoices, dispatch notes, delivery notes and more,” says Phillips. “It’s very good at harnessing data and making it easily accessible as opposed to having to open multiple screens. A customizable dashboard makes it easy for an employee to modify the view; salespeople regularly use a back-order report where all sales documents are readily available.

The technology partnership Yuletide has established resulted in strong bonds between the dealership and its software providers. “It has been a nice partnership between the three of us,” says Phillips. Prima is always on hand to answer issues that Yuletide might struggle with and has helped reduce reliance on third-party software. “Invoices and statements go through Prima, whereas we had to have a separate platform with our previous system that was often unreliable,” add Phillips.

Logicblock is completely customizable, SEO friendly and responsively designed so it readily displays on mobile devices. “It has been a great tool for us,” says Phillips. Orders placed on Logicblock go into FTP folder and get pulled into Prima almost immediately.

The reduction of third-party software isn’t always possible and sometimes that software opens additional desirable possibilities. “We recently adopted a live chat function because people often don’t want to pick up the phone,” says Phillips. “The software integrates nicely with our technology; it’s a tool we’ve enjoyed and we plan to continue using it.”

The switch to a new technology provider was a challenge, according to Miller. So many changes were unanticipated, and training was required to get employees comfortable with operations and how the new system worked. “But it has made us more efficient, and it will continue to make us more efficient down the road as we continue to improve,” adds Miller. 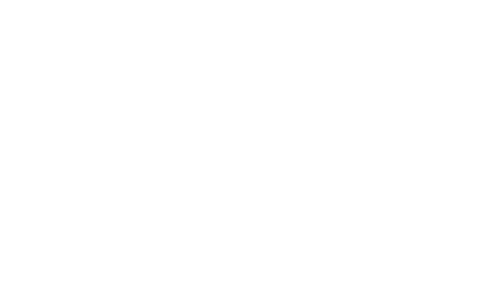 By using this website you agree to our policies